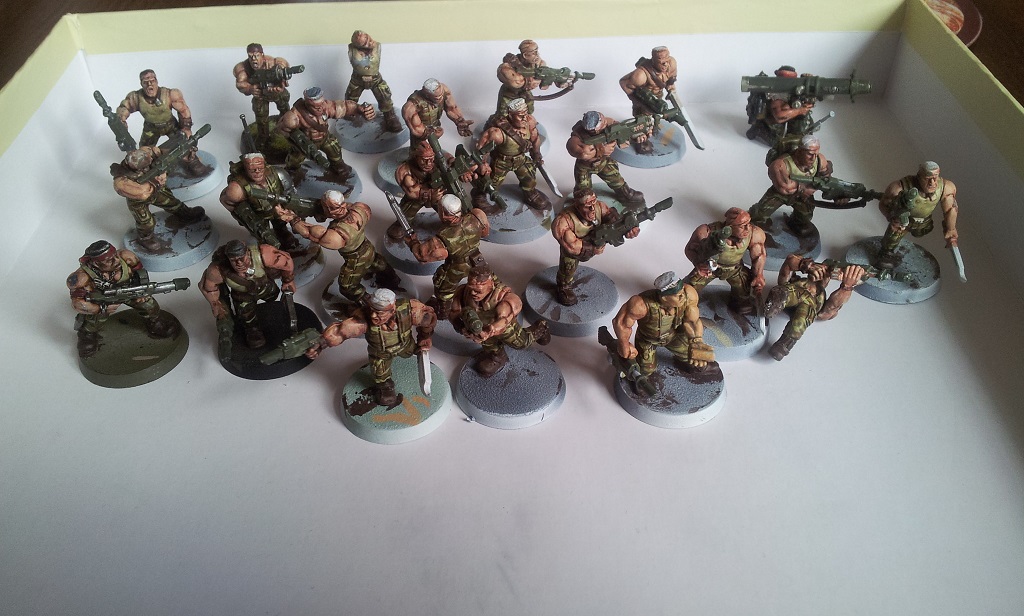 Ive decided to take a break from Imperial Knights until the new edition and instead focus on something i wanted to do for some time now. Considering that new IG codex is still fresh and i need an army for the combat patrol tournament at the end of may its a great oportunity to get my Catachans out of the boxes and finally do something about them. Im going for a patrol style of army that will be just a part of my Imperial forces. A single platoon with some additional, highly mobile units that will act as scouts for the rest of the force. With that in mind ive decided to give new Tauroxes a chance after all. I really disliked the models at the begining but at some point ive started to se some possibilities here and there. Swithing tracks to wheels is obvious but i also want to remove some of the baroque details and add some subtle things that may add some character and bring them more inline with the old IG style. 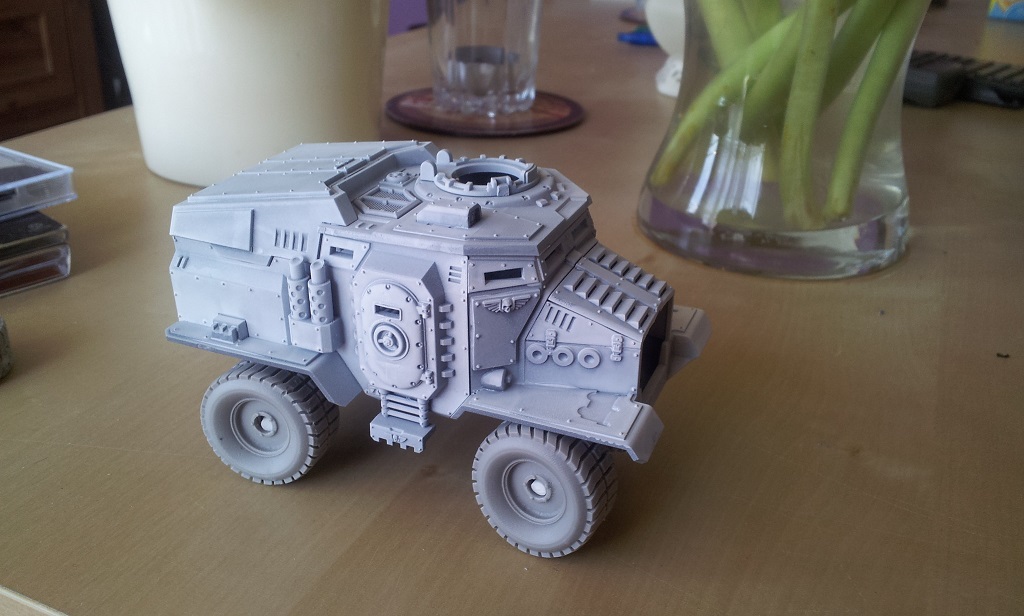 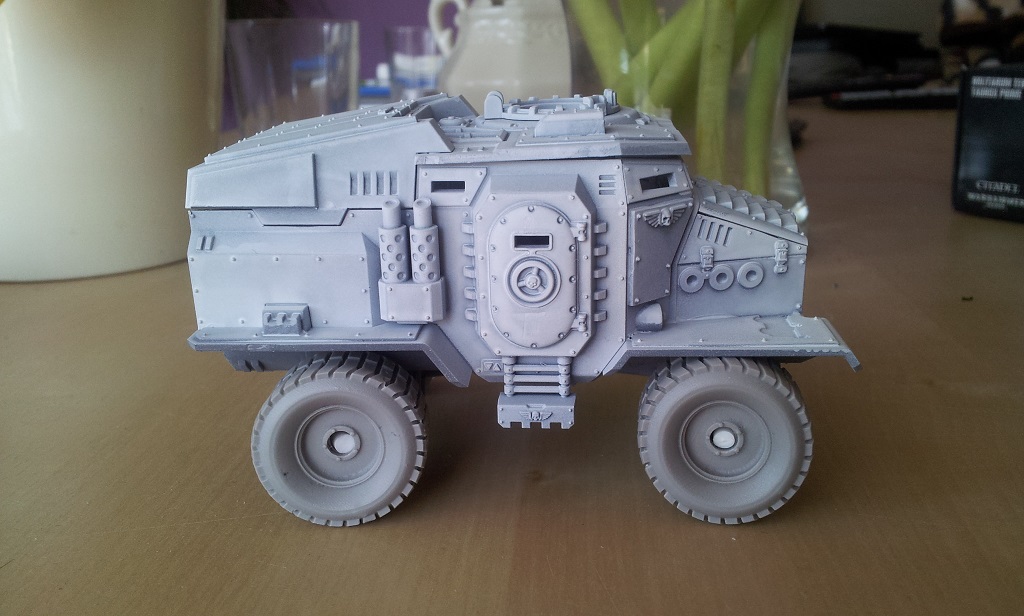 For wheels ive used Kromlech parts. I wasent sure if they will not be to big but they seem to be perfectly matched. Im still trying to figure out what height i want the chasis to sit on. I think i will go for the higher one. 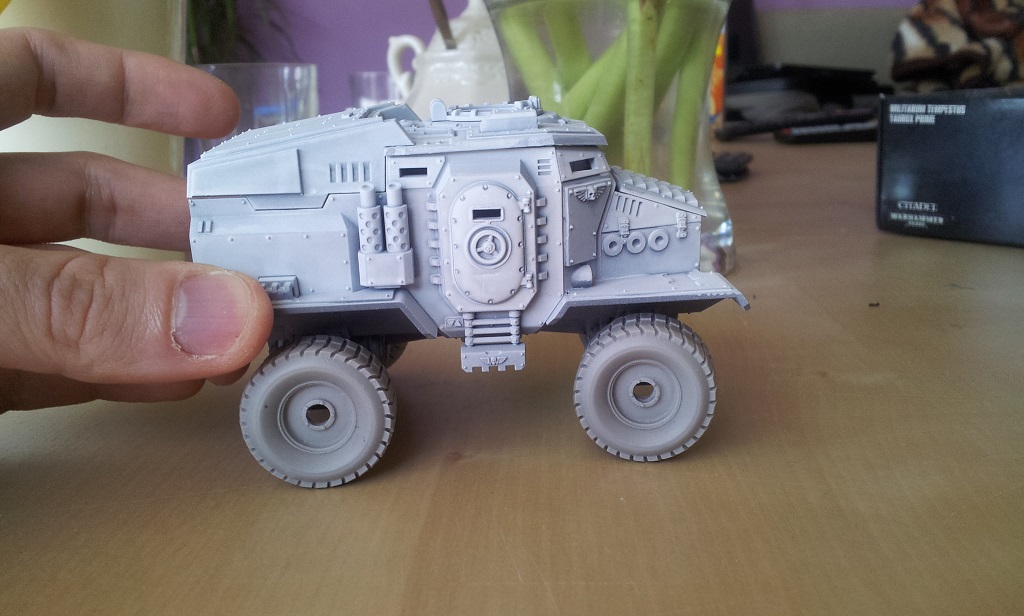 Ive also  started work on the grunts. Here is a wip photo. Im painting around 40 of them on the single go and i aim for the table top look so nothing fancy. I will spend more time with specialist troops and command squads using the same colour scheme. 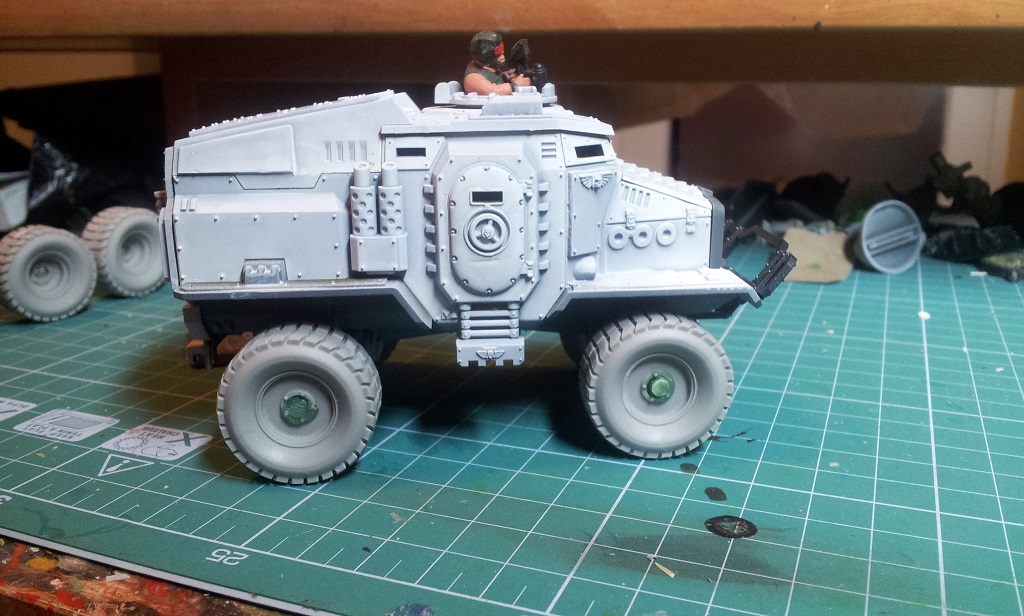 Ive done some more work on the Taurox. Ive fixed the wheels and started painting the interiors.

After some deliberations ive decided to stick with the 4 wheels variant instead 4+2 or rear tracks + 2 variants. It will be optimal solution considering time and effort needed. Ive just put the chasis a bit higher to give the model a more „bigfoot, all terrain vechicle” look. 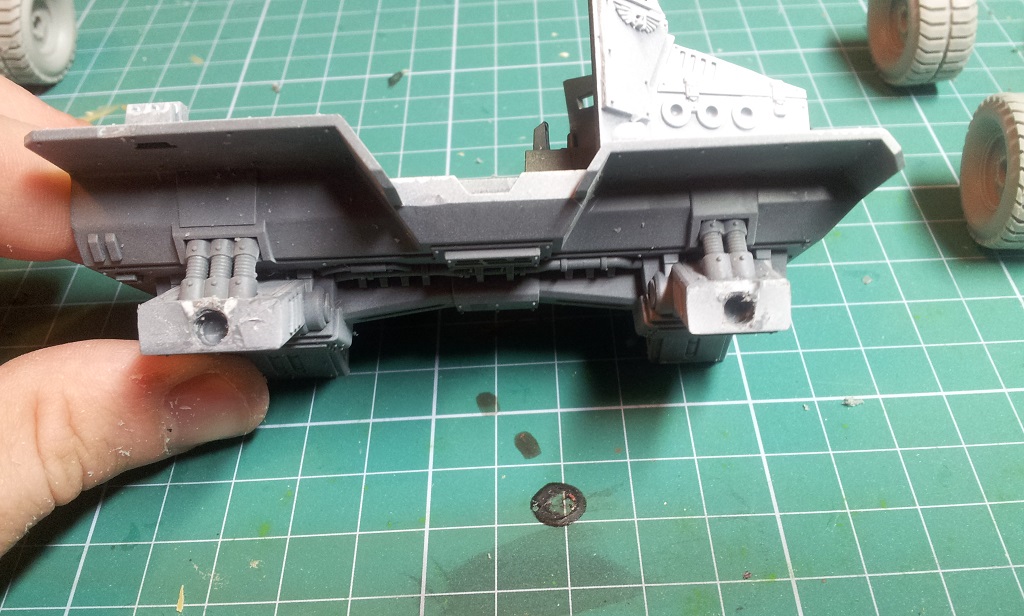 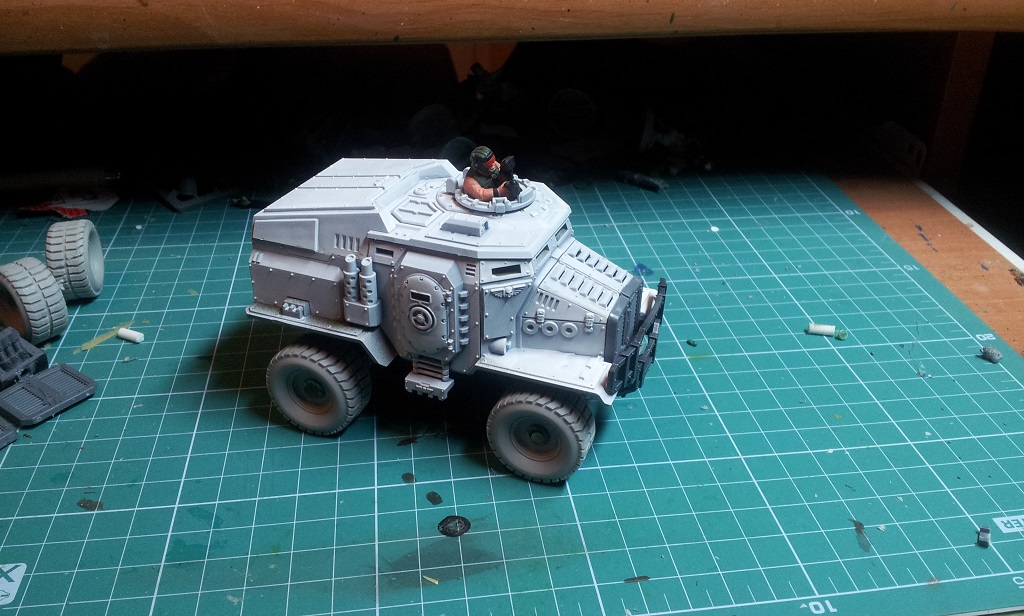 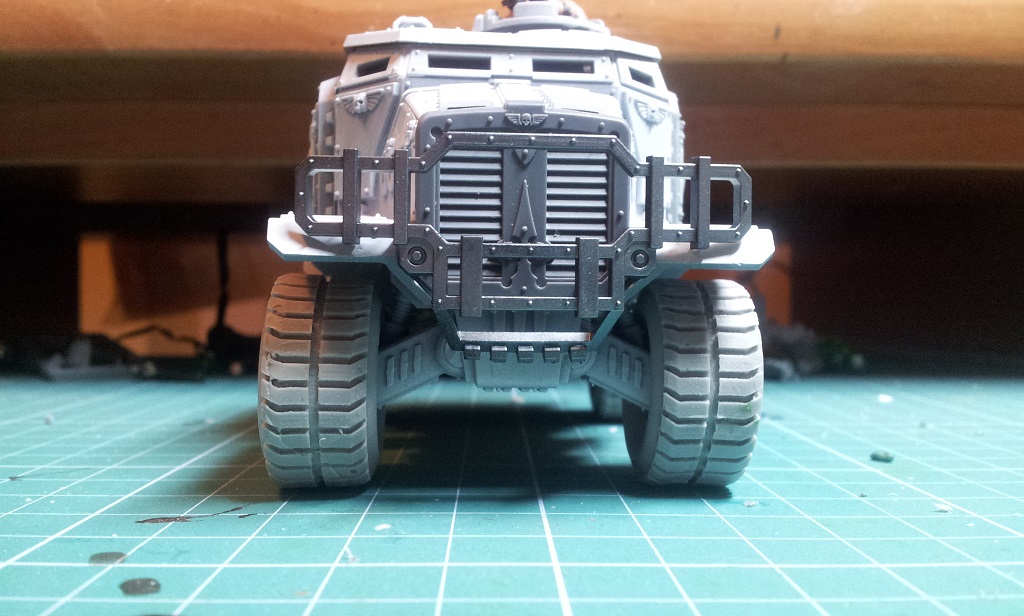 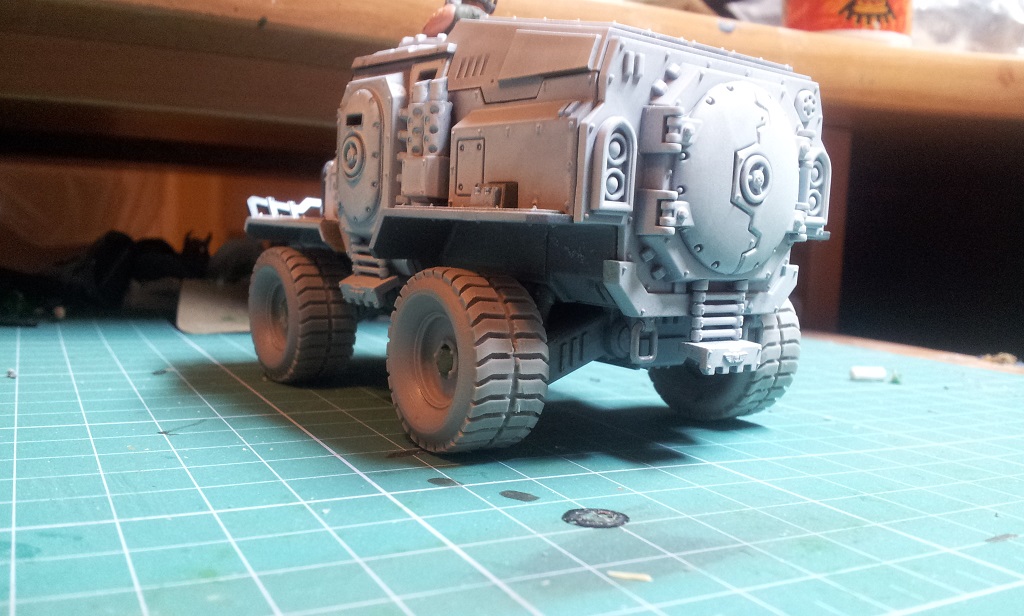 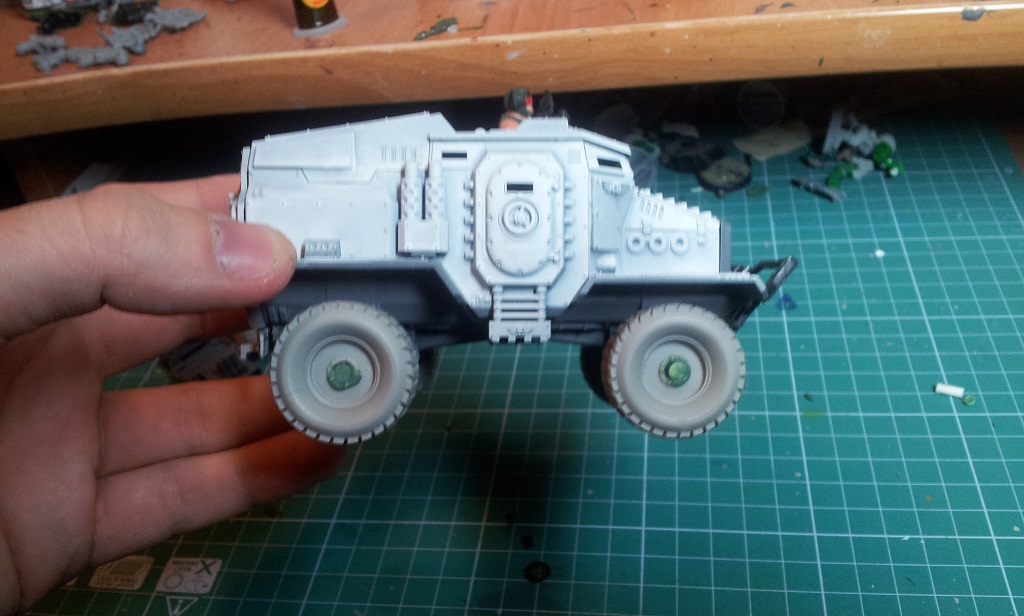 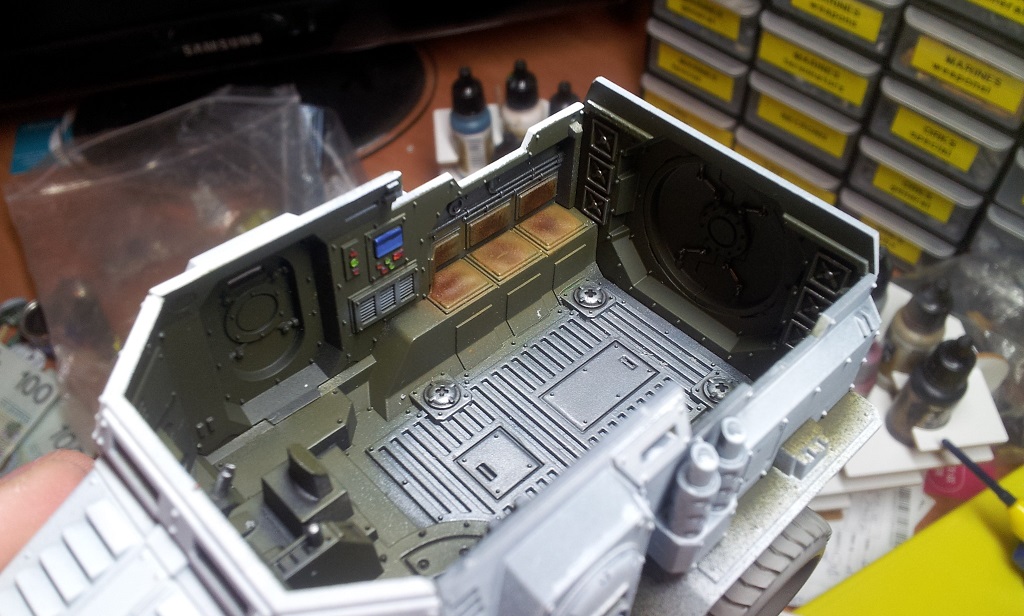 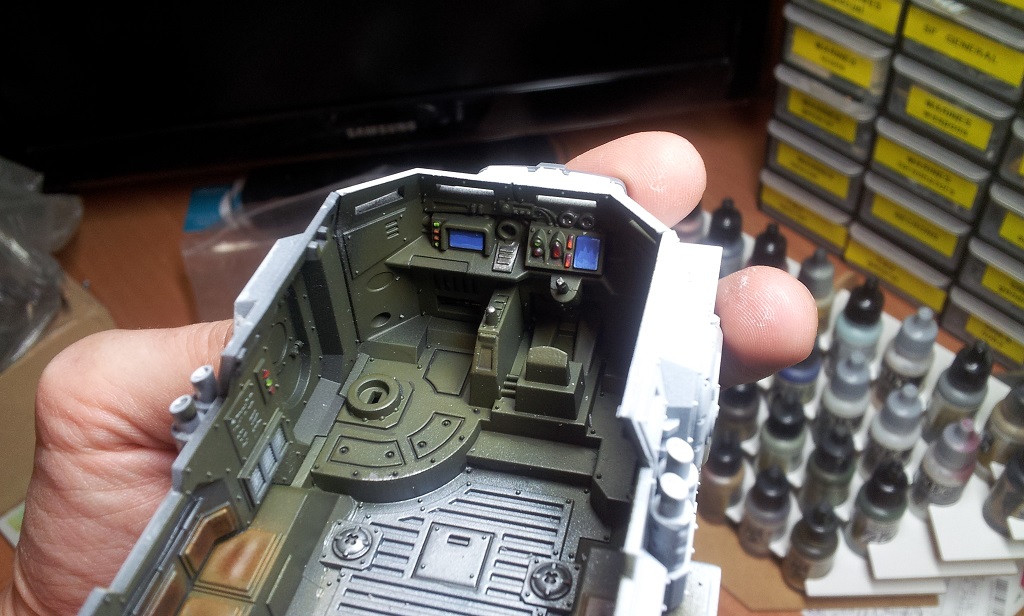 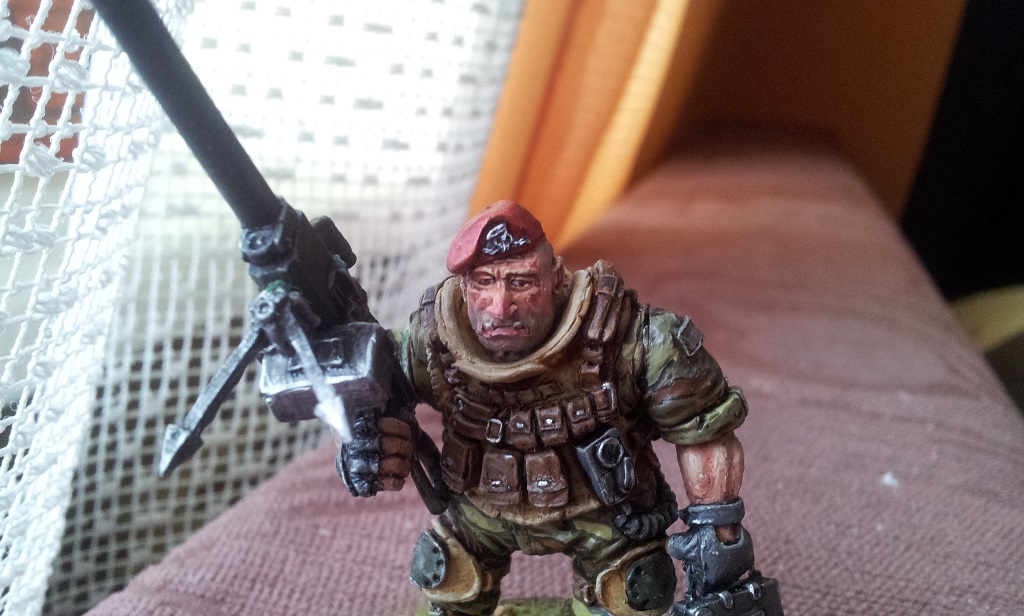 Work on Tauroxes slowed down for the moment as im trying to figure out what kind of camo i want to paint on them. So meanwhile i got a bit sidetracked and painted this smart looking fellow.

I plan to use him as a autocannon armed Heavy Weapon Team that will be attached to platoon command squad.

This model comes from Werewolf miniatures range. They mostly do Ogres for both fantasy and sci fi. I really liked this model as it suited perfectly the concept of my army. It has a lot of interesting, well thought details. My only concern is about the quality of sculpt and casting, especially for this kind of price. Also i had to replace the autocannon barrel as the original one was bended too much. But it was an easy switch and now the gun looks a bit longer and more solid. 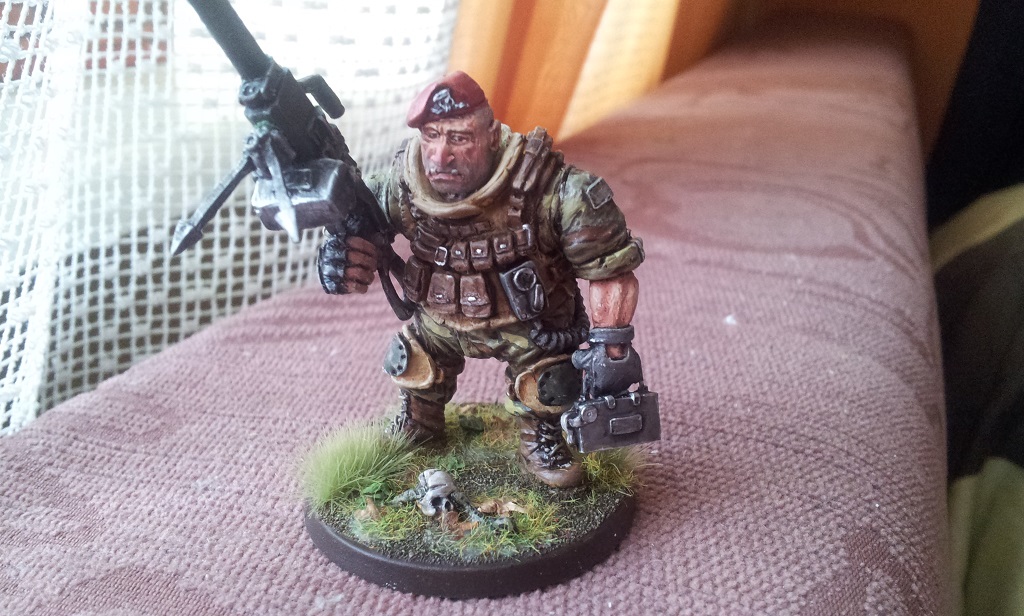 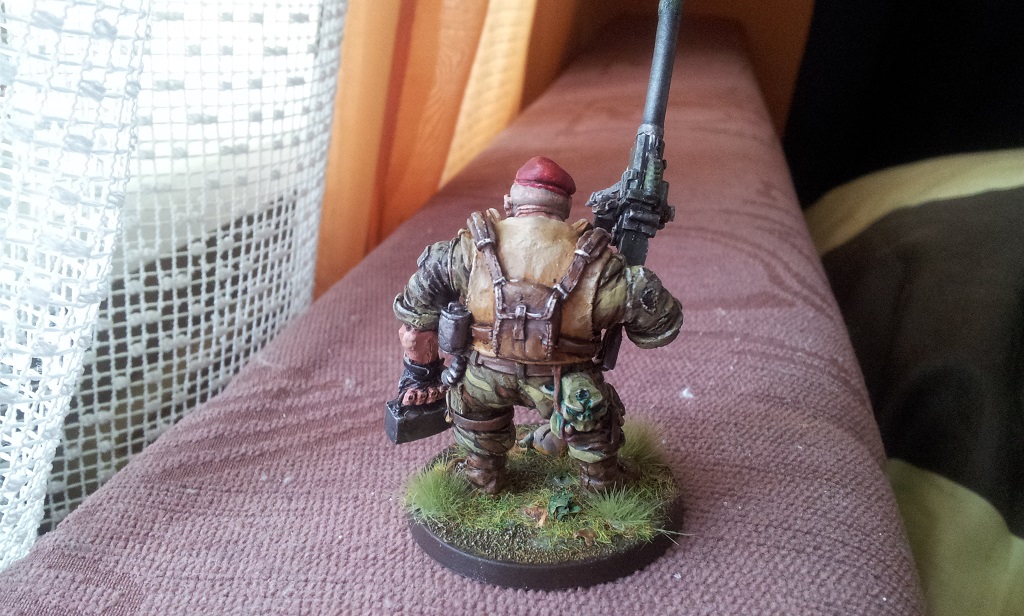 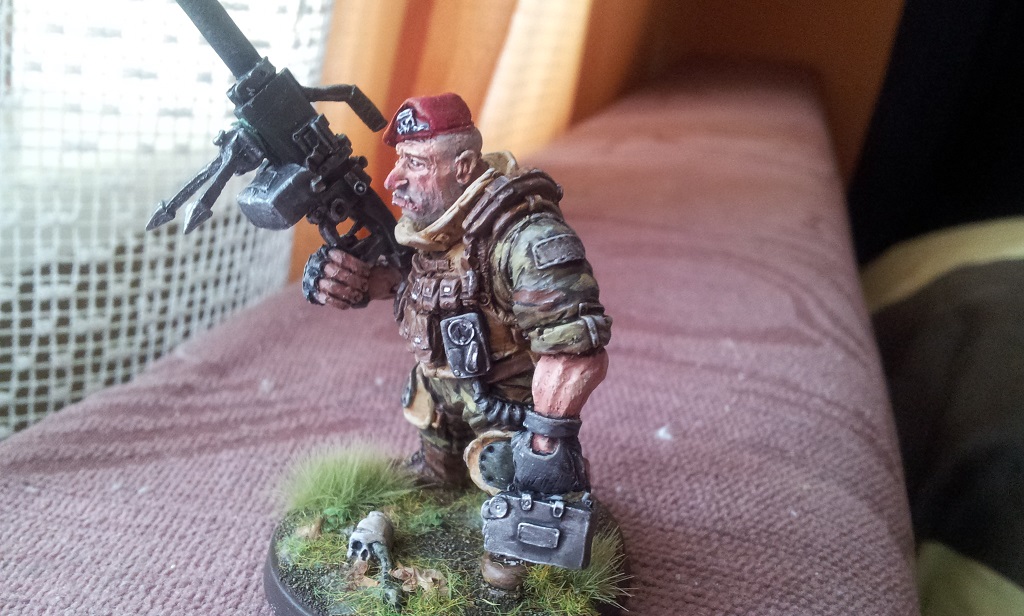