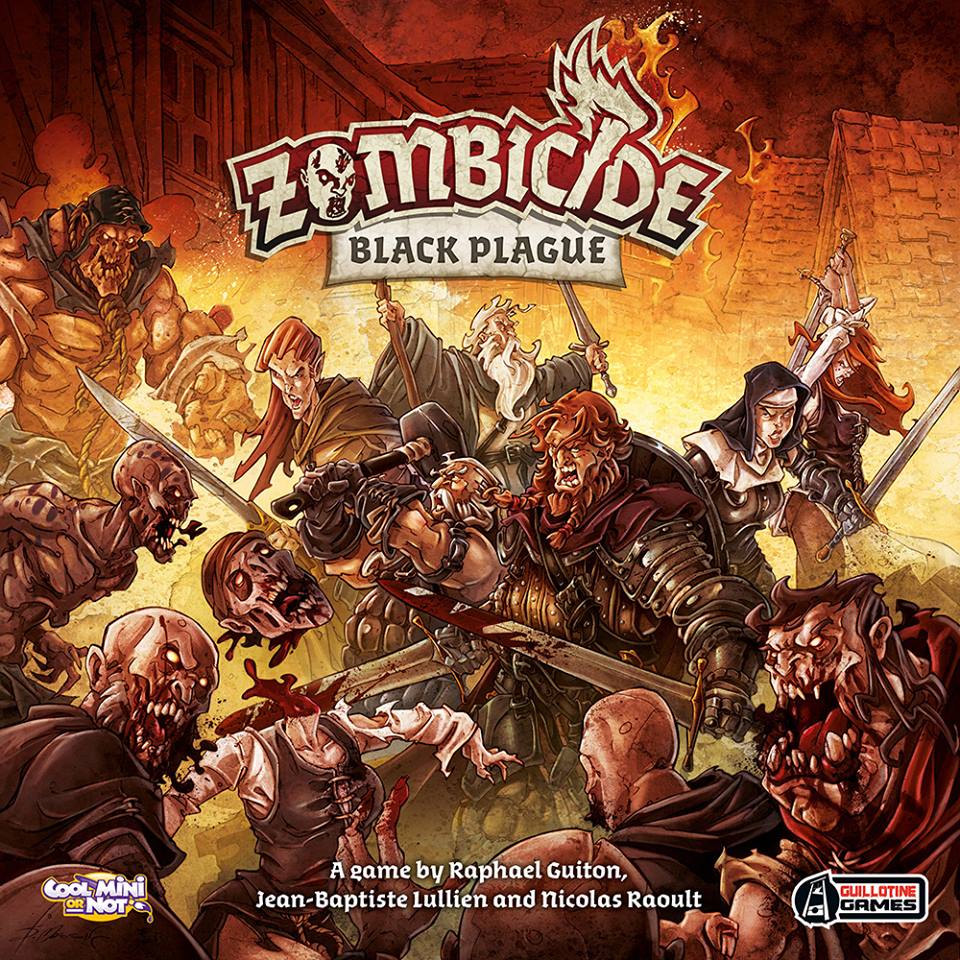 Did you ever think that games like Diablo would work really well for the tabletop? Yes im talking about monster hunting, hack n’ slashing, experience gaining and loot grabbing kind of game with cool looking characters and a grim setting. Add to that some dark humor and a lot of zombies. Lots and lots of zombies. Meet Zombicide: Black Plague

Zombicide is already a familiar name for boardgame players but its latest iteration brings a new flavor to this well established franchise. In contrast to its predecessor its a fantasy setting, as opposed to modern post-apocalipse which may to some people, me included, make it more attractive or at least bring some variation.

Last year Guilotine games together with coolmini put up a very successful kickstarter campaign that resulted with core game, first expansion (with zombie werewolves!) and a plethora of additional characters based on famous movies, artwork, books and comic books (Thrud the Barbarian anyone?). You can check all of them here:
https://www.kickstarter.com/projects/coolminiornot/zombicide-black-plague/description 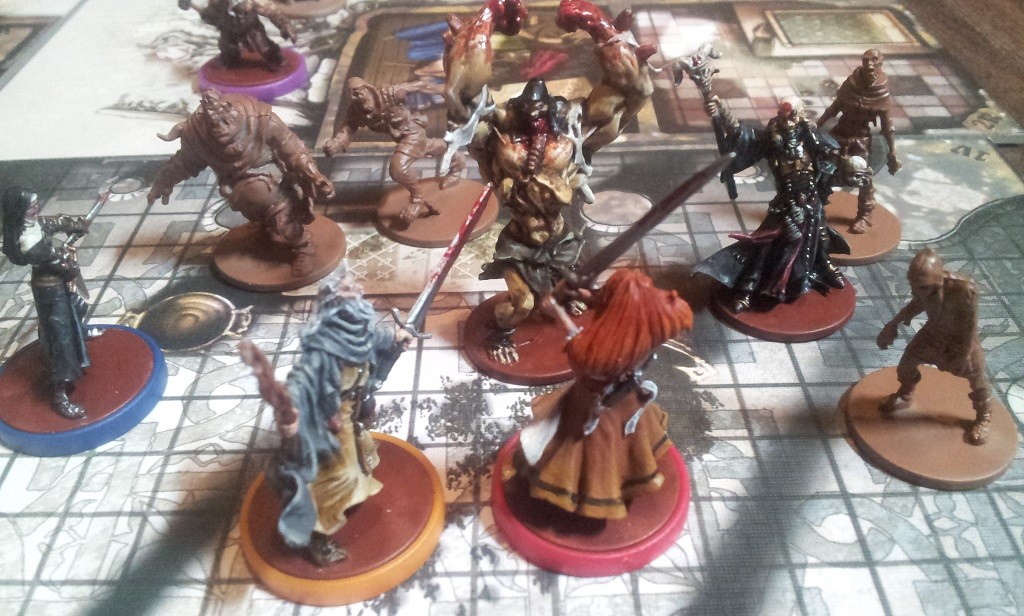 Im still waiting for all extra stuff, but the core game was sent to all backers right before Christmas. Very nice gesture from cmon. Inside the main box(quite a big one) you can find rulebook, tokens, cards, over ten, double sided, solid and nicely done board tiles and of course the miniatures – group of 6 stereotypical adventurers (fighter, priest, dwarf, elf a wizard and a rogue), necromancer, abomination (big zombie) and an assortment of around 60 zombies. 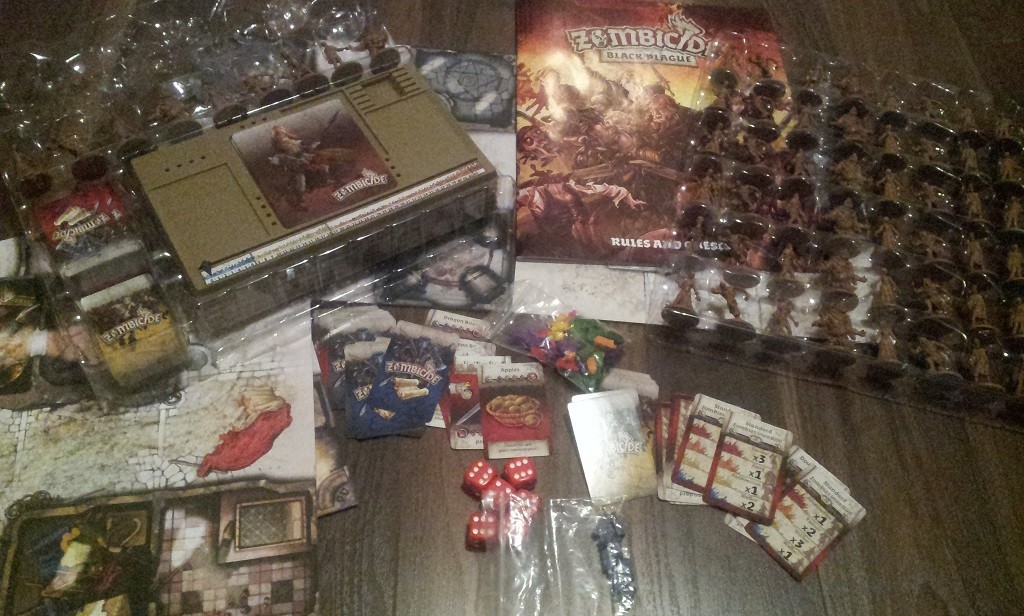 Rules are quite simple but have all that’s needed. You hack through zombie masses while collecting equipment, exploring map and leveling up. Zombies appear from spawn point or in previously locked places during exploration. There is an element of surprise as you generate them by drawing a random card from a special deck. Also game adjusts to your heroes and throws more and more powerful zombies at them while they level up. 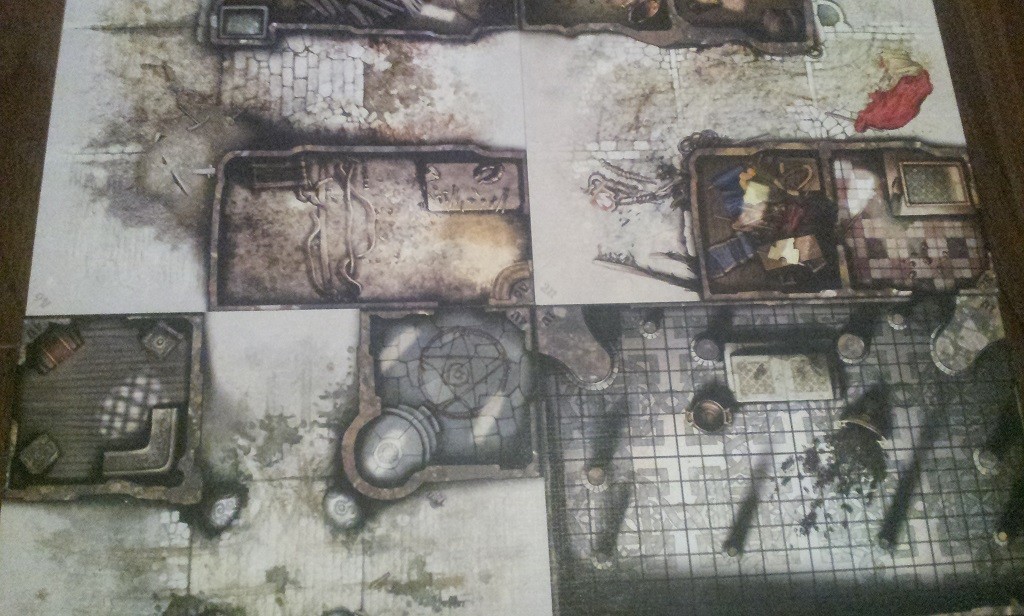 Basic rulebook contains 10 quests ranging from monster hunting, through exploration to running for your lives. Each quest have its own map composed out of a set of different tiles representing a village or small town. Quests are linked by story and can be played as a campaign. First play-through shown that game may be quite challenging at some parts but also have a huge room for customization of the difficulty setting. You can for example bring more or less heroes, reduce or increase number of spawn points, draw some extra zombie cards or for example retain equipment and experience between quests. Adding to that huge amount of extra characters and expansions which are currently on the horison i doubt this game will get boring quickly. 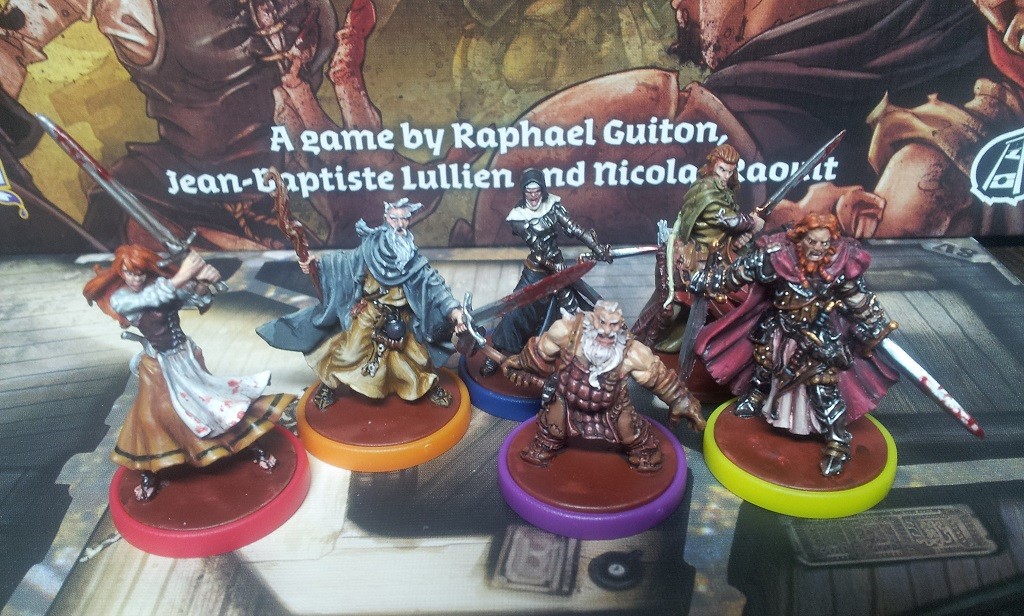 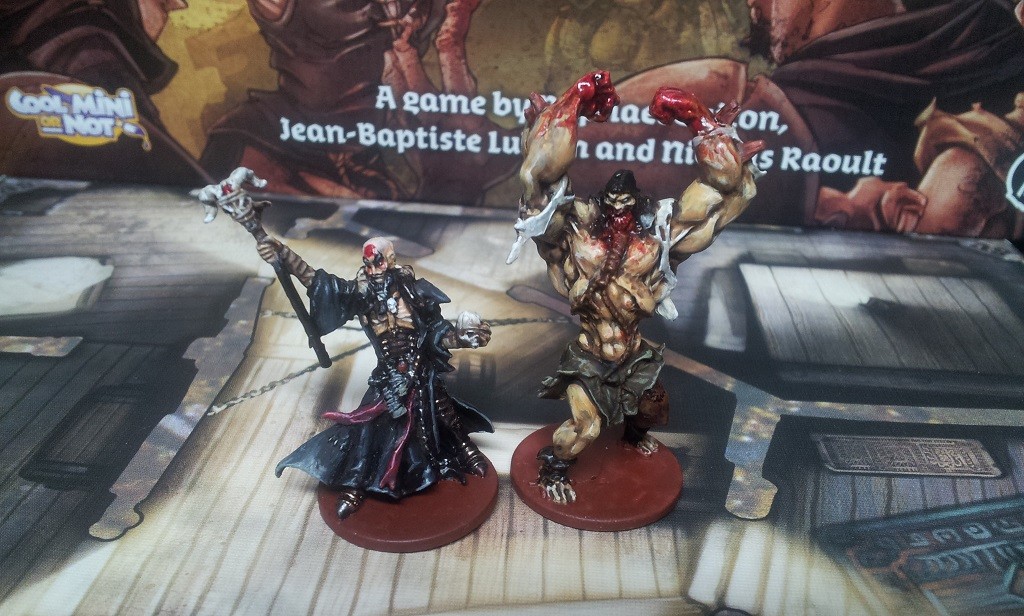 I also need to mention the miniatures as they are one of the reasons i was interested in this game in the first place. Since there are a lot of minis designed after very cool artworks of known artists i expected a lot from the quality. I have to say core box is very decent but could have been done better, although probably also with a larger price tag. Miniatures are very nicely designed, and are true to the concept art but quality of the casting and material they are made from leaves a room for improvement. Also there are few minor miscasts and difficult to remove mold lines here and there. They still are good, dont get me wrong, but in the end they are just board game pieces and not much of a display models. 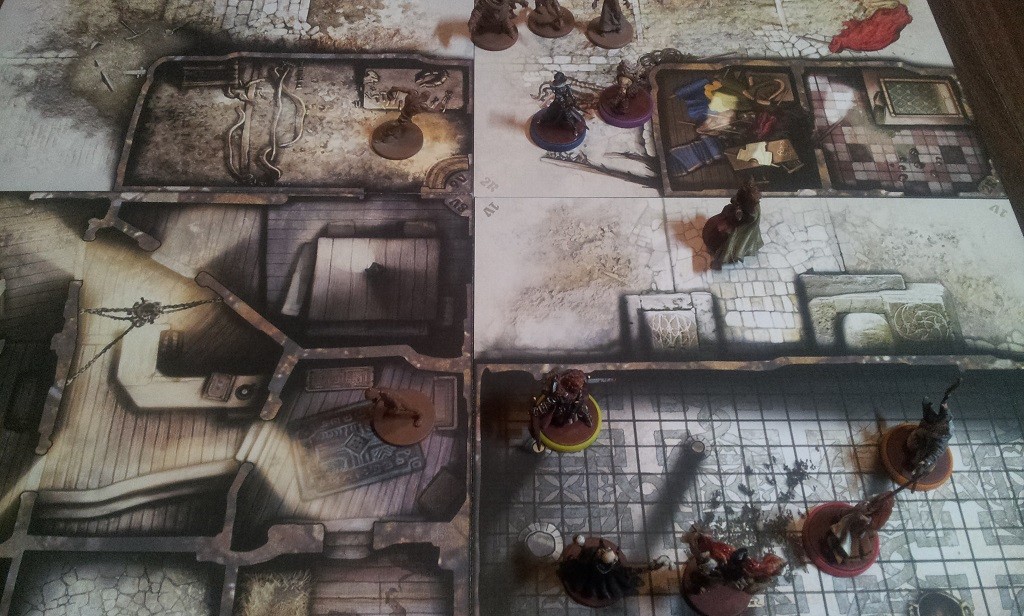 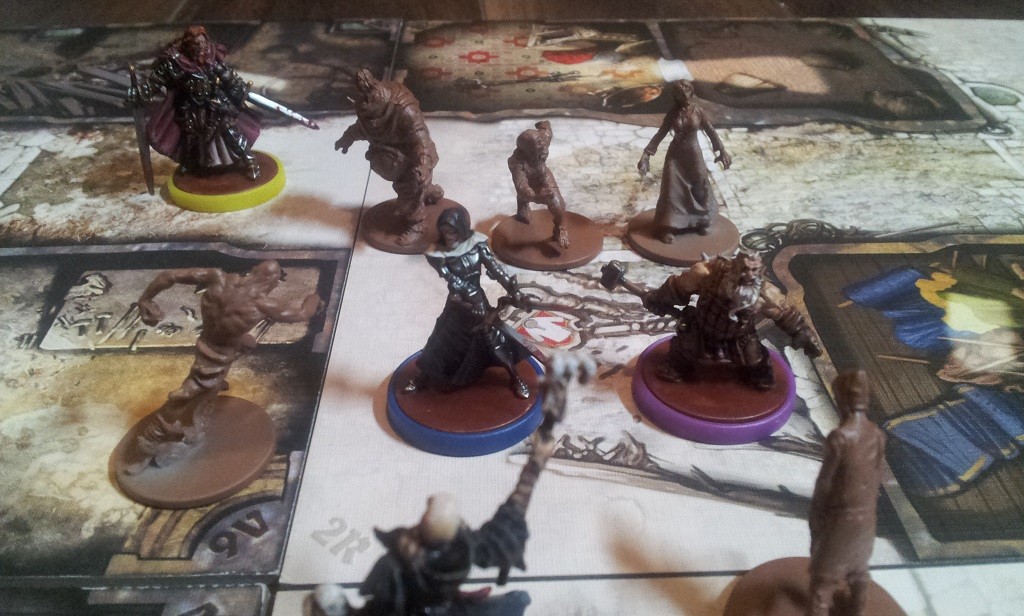 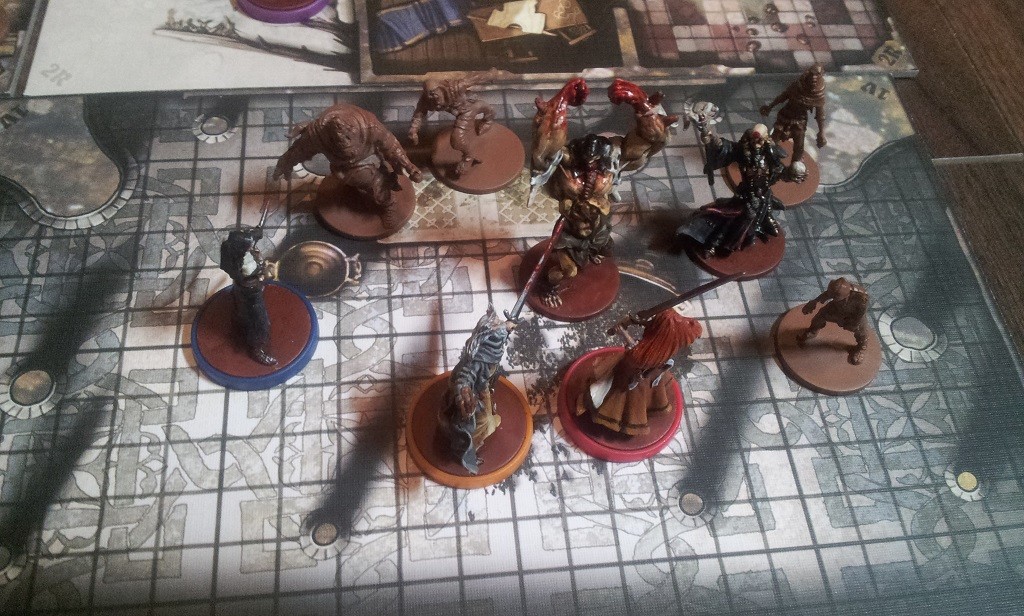 So far I’ve played only 2 quests with my friends but we already had a lot of fun and will get back for more. It have this nice feeling of classic RPGs but with more easy-to-pickup, casual approach that makes it a viable option also for less geeky crowd so you can safely bring it to any boardgames evening you happen to attend to. Most quests can be played within 1-2,5 hours.