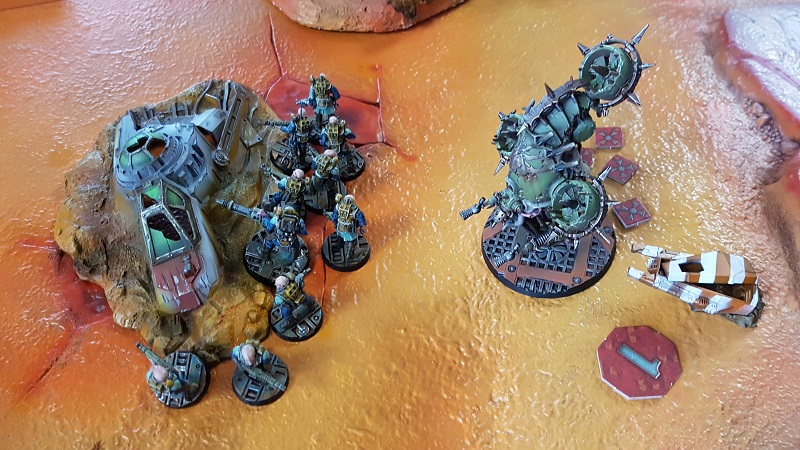 Time to get back to the campaign. Last time nurgle forces managed to destroy the engines of the cargo ship. It went crashing down to the planet surface. Will there be any survivors? What else awaits them there?

Those who survived the demonic intrusion quickly run to shuttles and escape pods. It was every man for himself at this point. Cargo hauler was pulled back by the Bakka 3 gravity and started burning in the atmosphere on re-entry. Launching any crafts in this condition was hazardous at best, but we didn’t had any choice. Some escape crafts were destroyed during this desperate planet-fall, but few managed to reach the surface. With engines failing and multiple other systems turning off it was surely an emperors guidance that saved us through the crash landing. As i’ve slowly started to climb out of the wreckage i’ve seen a large field of debris lying around, with many fragments still falling from the sky.
Such catastrophe must have been visible for many many miles. As we were trying go figure out how many of us survived some vehicles appear on top of surrounding dunes. I’ve started praying expecting the worst. It turned out however that they belonged to a local mining colony. Miners noticed the crush and sent a small group to investigate and salvage what’s left. Considering the circumstances I cant speak of luck, but at least we were alive. There was something strange about those folks however. Couldn’t really say what at this point. They wore a lot of equipment to deal with the harsh environment. From time to time we could see a glimpse of skin flashing from under long cloths. It looked very pale but that’s a normal thing across the imperium where many man spent most their lives inside facilities covered in the dim artificial light.
After short conversation they’ve packed some of our men on trucks and told they will take us back to nearest encampment. Meanwhile more trucks have come as the scouting party informed base of the situation. For them it was an accidental crash but we know the truth. We tried to warn them of the grave danger that may still threat us all. If they found us so quickly then the others may as well. It wasn’t easy however to describe our predicament in any coherent way. There was no time to give them full story and the short version sounded like a rumbling of a madmen, and thats probably how they saw it considering the circumstances. Enough to say that they politely ignored our warnings. Just few hours after their arrival i’ve heard first shots behind the nearby dune. Those demonic astartes have caught up with us. Probably still looking for those pieces of the monument that have fallen down with us. To their credit our saviours responded quickly. Without any signs of fear or shock they’ve armed their weapons and started firing back. And so did we. Still it was not enough. They’ve caught us largely unprepared. This time our adversaries also brought a flying drone which sprayed some acidic liquid. It all quickly turned into a massacre and an order to fall back have been given. 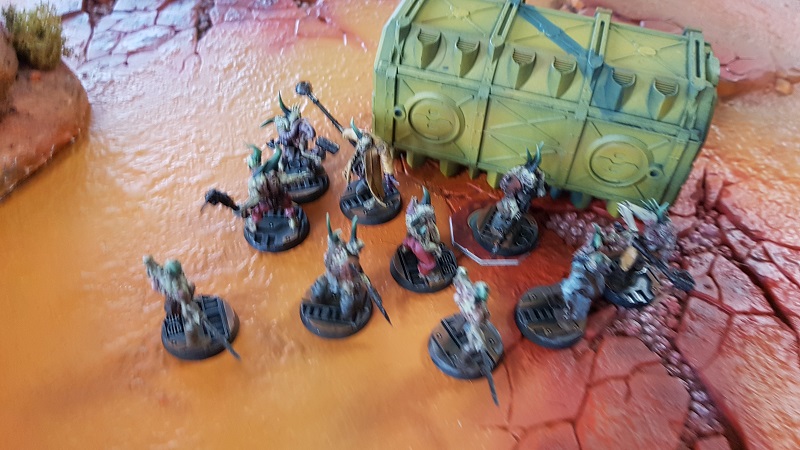 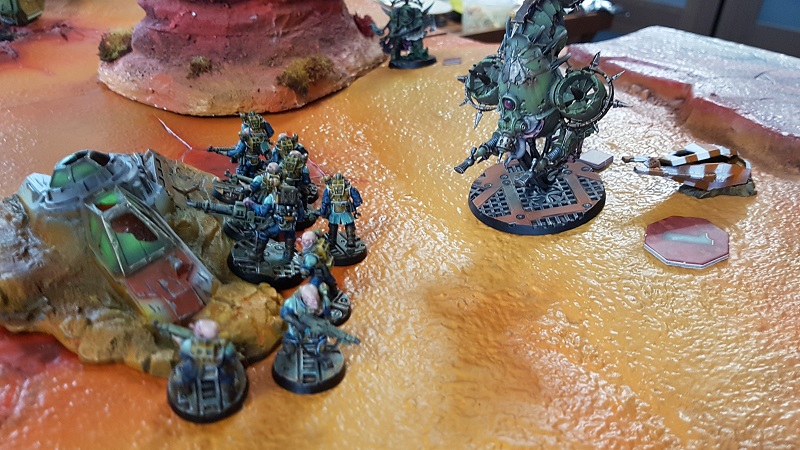 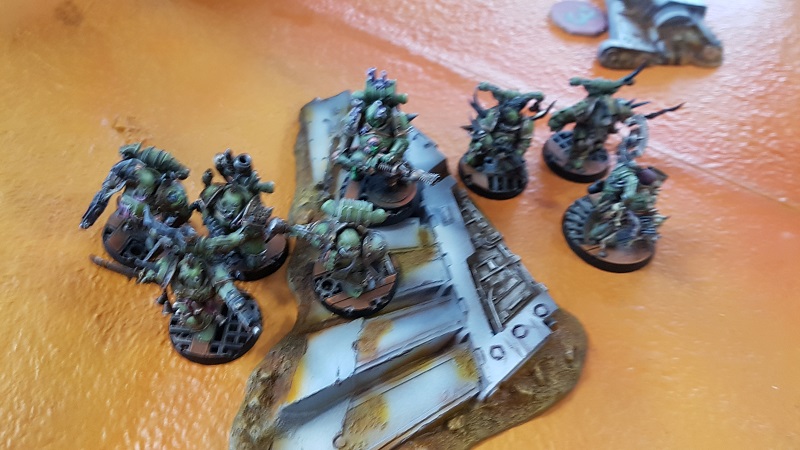 What was left of our forces climbed on the remaining truck and drive away amidst the gun fire and screaming of people liquefied alive by this flying monstrosity.
Its not hard to imagine most of us were well over their mental capabilities to contain this situation. Strong tough guys were crying like whelps all around me, praying and yelling words of fear and rage. Our rescuers were much more stoic though. Maybe because they weren’t through all this hell that we were. But they gave me an impression there was something else there. More sinister. They tried to calm us down with comforting words, saying that all this nightmare will be over soon and we have nothing to fear. „You are under the protection of the Great Burrower now”. Whoever that is.