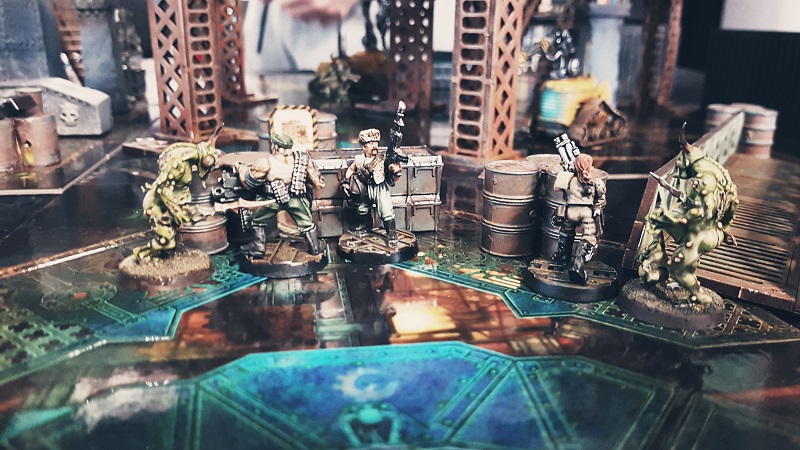 We thought we got away from it all.

We took off as soon as we reached the cargo hauler. Janus, first mate, who stayed on board with a skeleton crew did not needed much convincing. Dig site was overrun, and the outpost also did not respond to any contact attempts. It was only logical choice to get the hell away from there unless we will risk losing the rig too, along with our lives. Cargo holds were full of stuff we excavated so at least we were bringing something back with us. We didn’t know however what we were facing. We thought we had great bounty on board but in truth it was our doom. 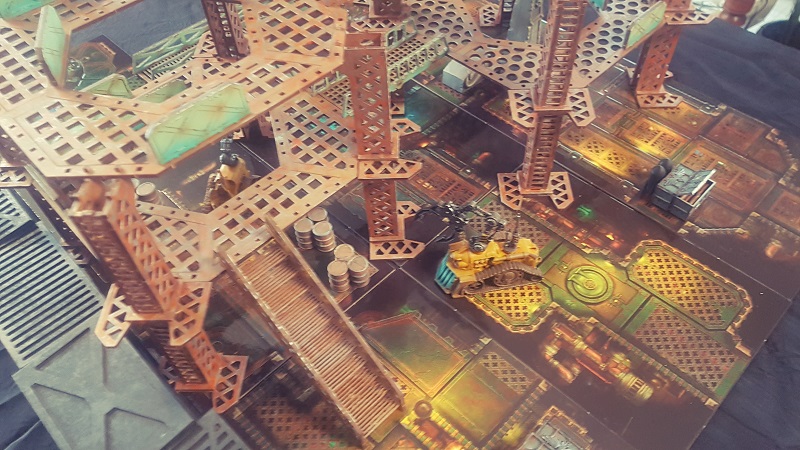 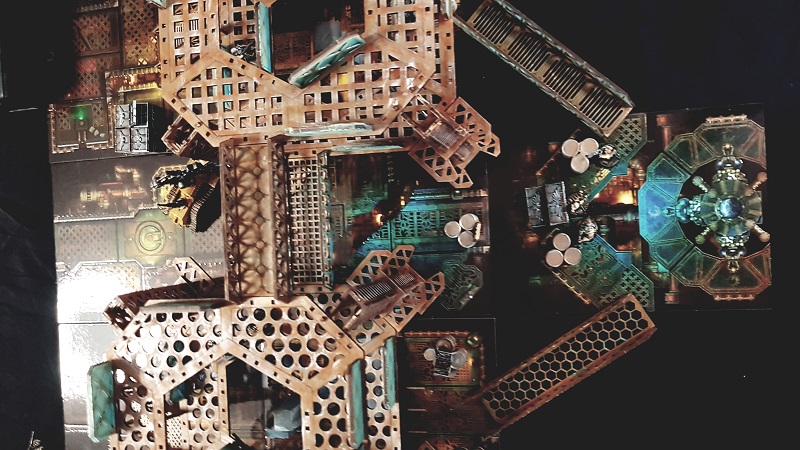 Not long after the take off those stone monoliths started to vibrate and make strange noises. It made many of us nauseous. Suddenly, in a flash of light more monsters appeared. All over the ship. More of those walking dead and some even stranger, disgusting looking creatures. And among them two of those armoured giants. I felt chill through my spine at the familiar sight of the hood that one of them was wearing.

To our credit we overcome shock quickly and responded with gun fire. Janus always had reputation for brazen bravado. That guy must have balls of steel. He just put away his cigar and charged the hooded giant head on. Nobody had time to cheer for him as hell broke loose all over the place. In engine room it all got very close and personal as those creature materialised almost on top of us. One of them got close to the engine and started mauling it with some metal pipe. Guys that were there couldn’t stop him as they were fighting for their lives while assailed by more of those abysmal things. 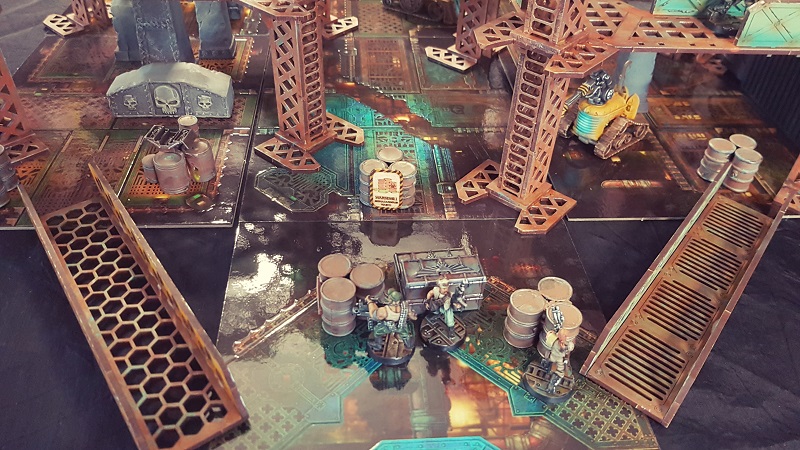 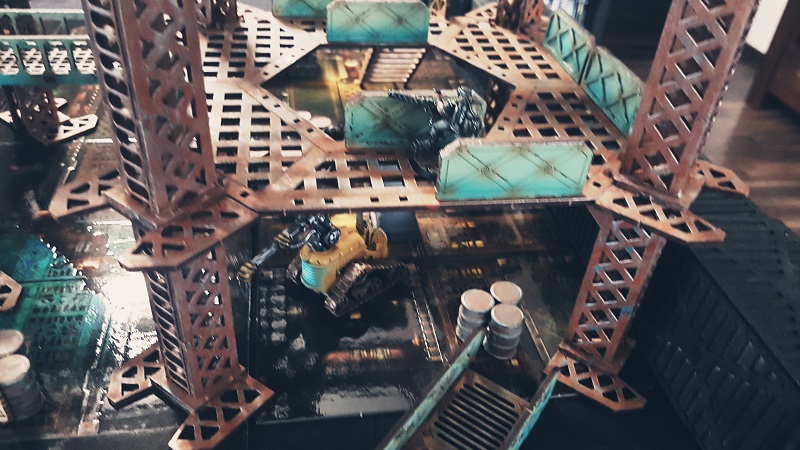 Meanwhile in cargo hold firefight was taking place between our crew on the walkways and one of those astartes near the monolith. It was hardly a contest, that guy was immune to all we thrown at him and just picked the guys one by one with some strange grenade luncher. Other creatures were crawling around the monolith, obviously trying to do something with it. Destroy it, or maybe something that would bring even more of them on board. Whatever it was they had to be stopped. 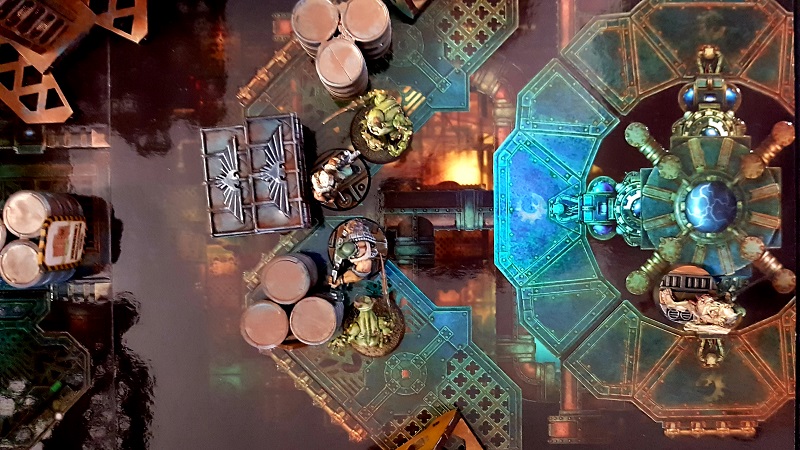 It all looked very bad for us, until first mate Janus did the impossible. That bastard is full of tricks. Dirty tricks. His opponent tried to crush him with a power fist but force field prevented it from doing much harm. At same time Janus launched a counter attack with his monomolecule rapier, a scary weapon, very effective, but also well matched by that creatures unnatural resilience and reflexes. He anticipated the blow and countered it accordingly. They both tried to find opponent weakness, and the creature started to slowly gain the upper hand. That was the moment Janus waited for, using the overconfidence of his opponent he unleashed his hidden weapon. You dont want to know where he hides it, but it really took his opponent by surprise and with two blades out, one found its way under the giant’s hood. Its easy to underestimate our firs mate and that monster learned it the hard way. 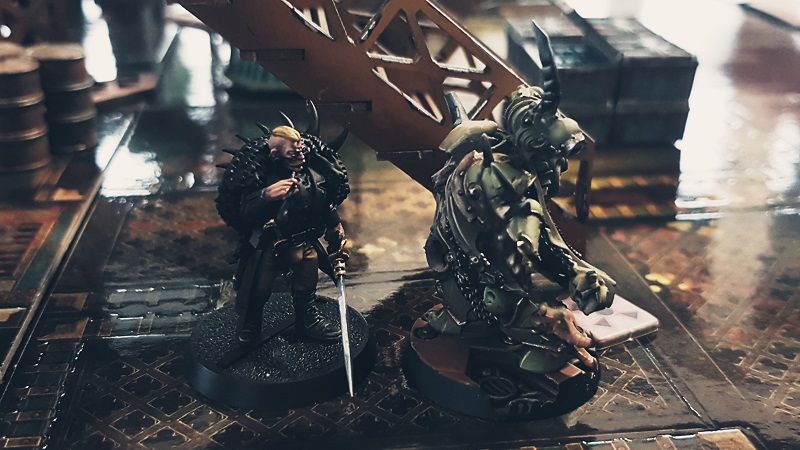 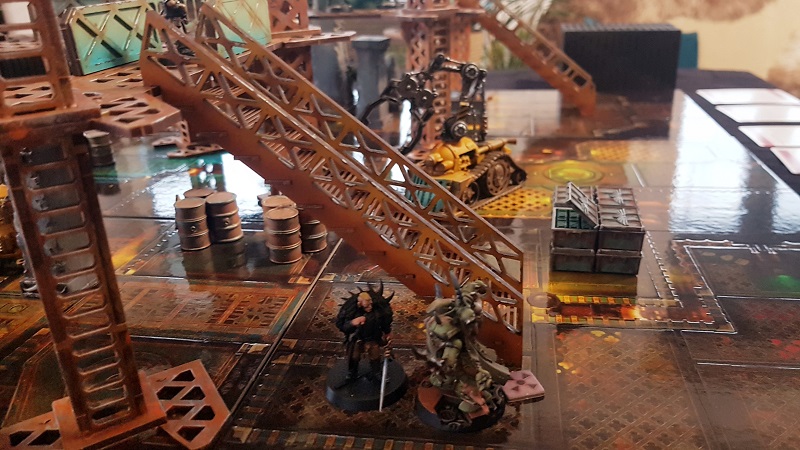 That might have been the turning point if it happened earlier. Our morale went up but there weren’t many of us anymore. Cargo hold was overrun and struggle in the engine room was also desperate. Our men there hold their ground but that lone zombie creature near the engine finally hit some vital point. Whole ship trembled as alarms went on. We were still inside the gravity well of the planet below and without the engines running it started to pull us back in. It was over.

All who could, broke away from the fight and run for escape pods hoping there will be enough space for them inside. Running for my life i was having thoughts that we didn’t sign up for this. Big wealth, adventure on exotic planets and admiration those who didnt had the balls to do what we did. Thats how it supposed to look. Not some unnatural monsters, walking dead and strange warp magic. By the Emperor, if i will survive this i will never sign up for this Rogue Trader shenanigans ever again. Oh how little had i known back then. 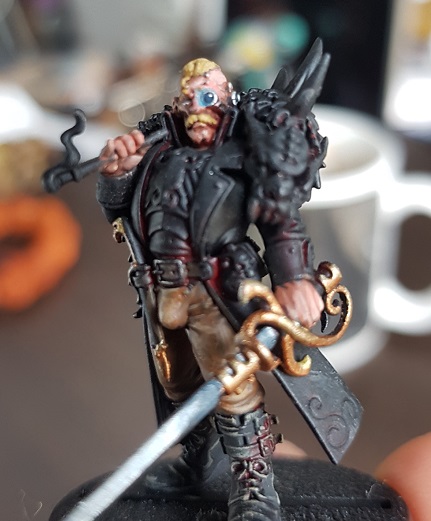 Where could he be hidding that weapon?