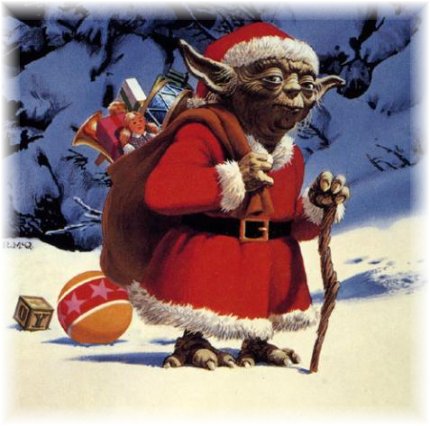 Star Wars! Yes, finally. Needless to say it dominated last week. Ive seen the movie, got excited again, looked for some models over the net, etc 😉

Since some people still wait to see it i will try to avoid the spoilers. Overally i enjoyed this movie. It had its flaws, many of them in fact but bottom line is its entertaining, nostalgic and brings back some long forgotten sentiments for this universe. Thats probably its biggest strength to be able to see again old favourite characters, familiar locations, and even the story which to some extent is a carbon copy of episode IV. Thats probably why Disney decided to play it safe and bet on this feeling of familiarity so old audience will not get alienated like with episodes 1-3. This new movie has something to offer both for them and newer generations. Especially that aside from the old cast we get a pletora of new characters, who are very well played and interesting. I would even go as far as to say that this is the best played Star Wars episode ever, considering how well the actors are connecting with the audience. Script really encourages that, as many of the scenes are just about human interaction and funny situations.

Not to say that this movie was flawless there are things which spoiles the fun a bit, I even know people for whom this movie was completely unaceptable. There are many holes in the script and ‚deus ex machina’ moments. Its nothing new in star wars, usually they could been explained by ‚the will of the force’ or similiar intervention of some higher powers but here its just too frequent and in some moments you really cant see at as anything else than layziness of the script writters.

Speaking about script it also, as ive mentioned, takes too much from episode IV. I understand the reasons but its something that really can annoy fans a lot. Especially that not much of the introduction to the new universe and its political situation was given. Probably its left for the other movies but right now some old time fans may just be left puzzled, questioning if there really is some greater thought put into the story or will it prove to be less coherent than already well established continuations from books and other media collectively known as ‚Extended Universe’. Those stories were completelly overwritten by the new movie so its understandable that fans expectations are very high here.

Another thing which im not very fond of is a rather poor development of bad guys in this movie. In heroic stories as this it was always the evil side that underlines the qualities of the main heroes and kept people involved in the story. Star Wars was always strong in this, with characters like Vader or Palpatine. Here bad gus seems to be put a bit aside, with only one of them being presented, but still as someone conflicted and uncomplete. It leaves a filling that they are all left for other episodes to not steall the focus from other characters, but it still makes this movie lacking an important element in my opinion.

Still with all that said i really enjoyed it, not sure yet how much, perhaps it will be more clear after the second viewing but for now im again excited about star wars, my favourite universe from years back.

In order to prepare for the movie ive watched all previous episodes with my friends. Vader was running the kitchen and served some apropriate snacks. 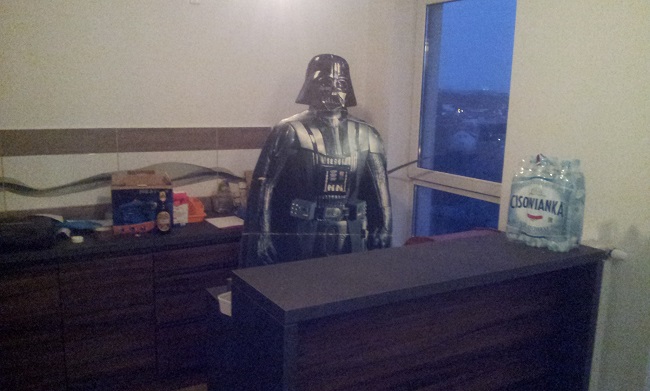 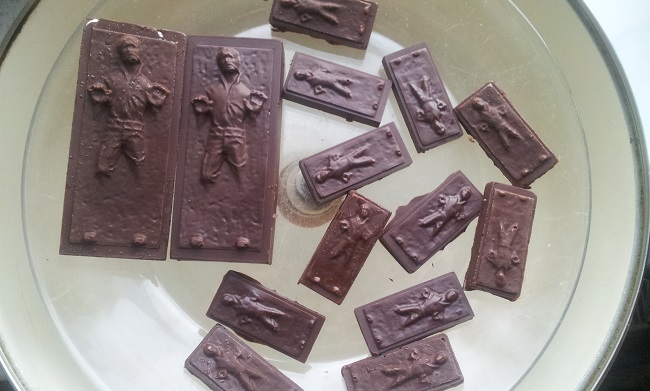 Forms for those were found by my dad on one of the chineeses auction sites. Alibaba i think. You can find lots of interesting stuff there. Not very official however, like this metal model of Millenium Falcon 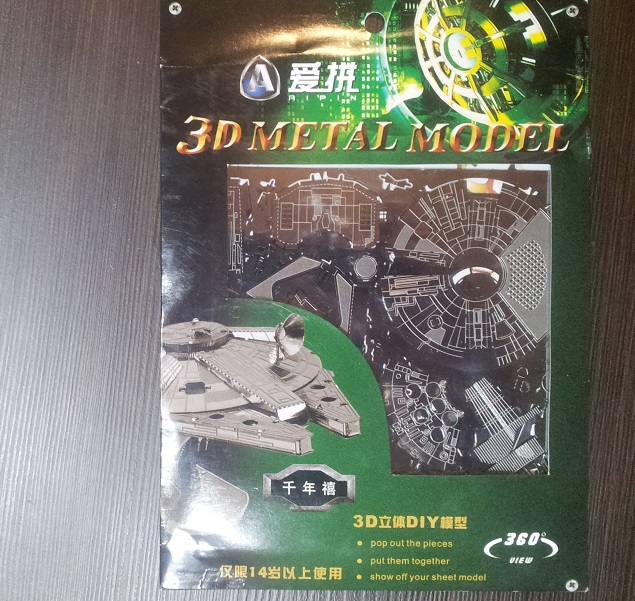 Im glad to feel once again excited about star wars. It really brings back some childhood memories. I plan to look up for some nice starship models, maybe from Bandai and maybe even consider the X-wing miniature game. We shall see in the near future.

For the time being have a Merry, peacefull Christmas and may the force be with you! 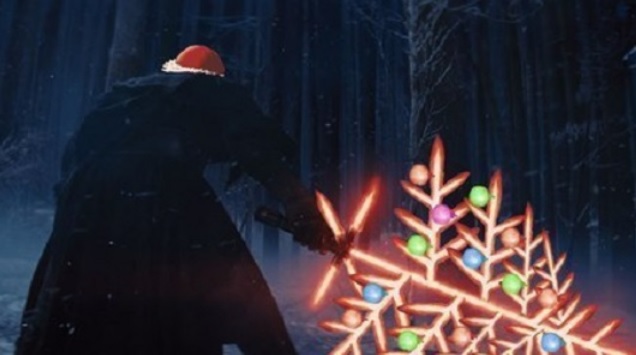 And next week its Zombicide…