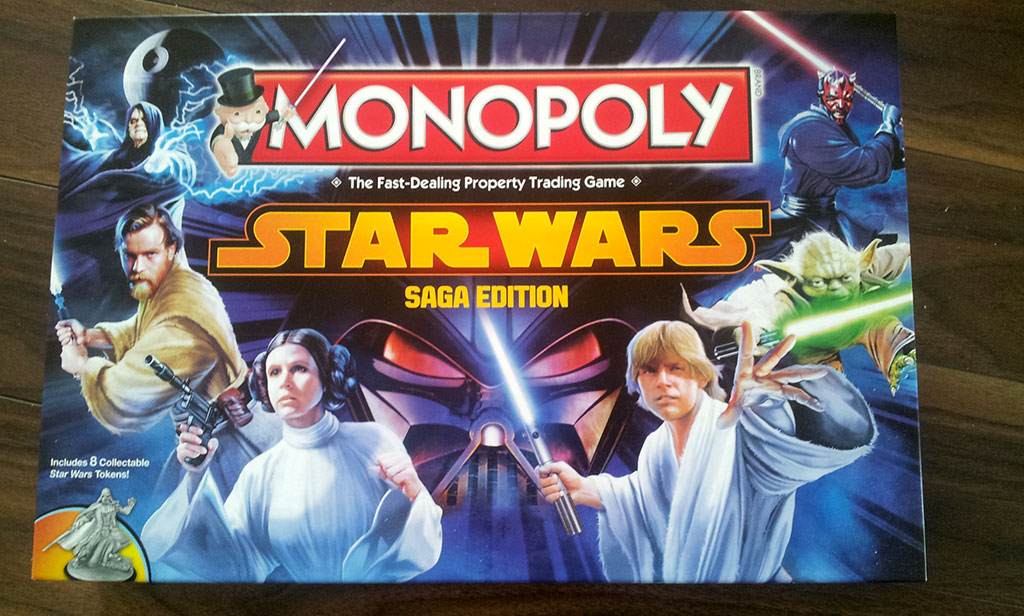 Today something little different. A review of a very casual game but with an unusual theme.

Few months ago my company decided its time to get a new office since it got really crowded in the old. Since it is mostly an IT company and we really like to have unusual work place there was an internal competiotion for a general theme of the office, conference rooms names, etc. It turned out my idea for new won! As an award ive got some gadgets connected with idea ive presented (you probably already figured this out 😉 ) and thus ive became an owner of Start Wars Monopoly game. 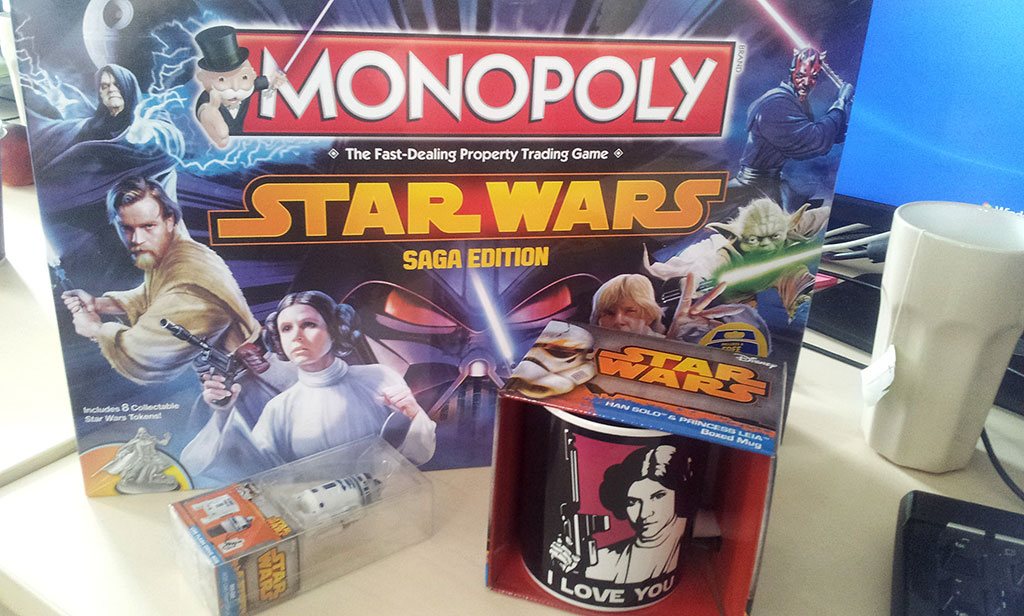 Honestly its not kind of product i would ever considered getting for myself but since it was gifted to me then i guess i could as well dig in and show you whats inside.

So first of all it is a standard Monopoly game. No changes to core mechanics or anythng, just a different visual variant of already well known family fun. When ive looked at the game board i was very dissapointed. Graphic style is so casual that sometimes it looks that they forgot to reskin some stuff to look as it should. There are planets from all SW movies, but they are placed completelly random, so in the same color group you have worlds that have absolutely nothing to do with each other. Instead of railways, etc you get starships which also dosent make much sense but probably the main offenders are „go to jail”, „jail” and „free parking” fields which have just normal monopoly graphic looking completely out of place. 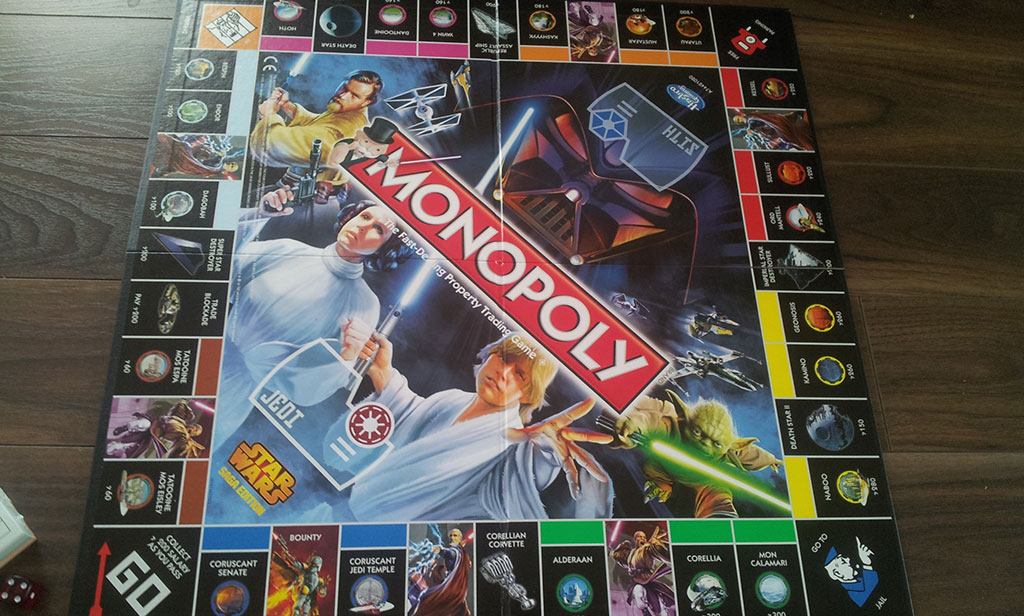 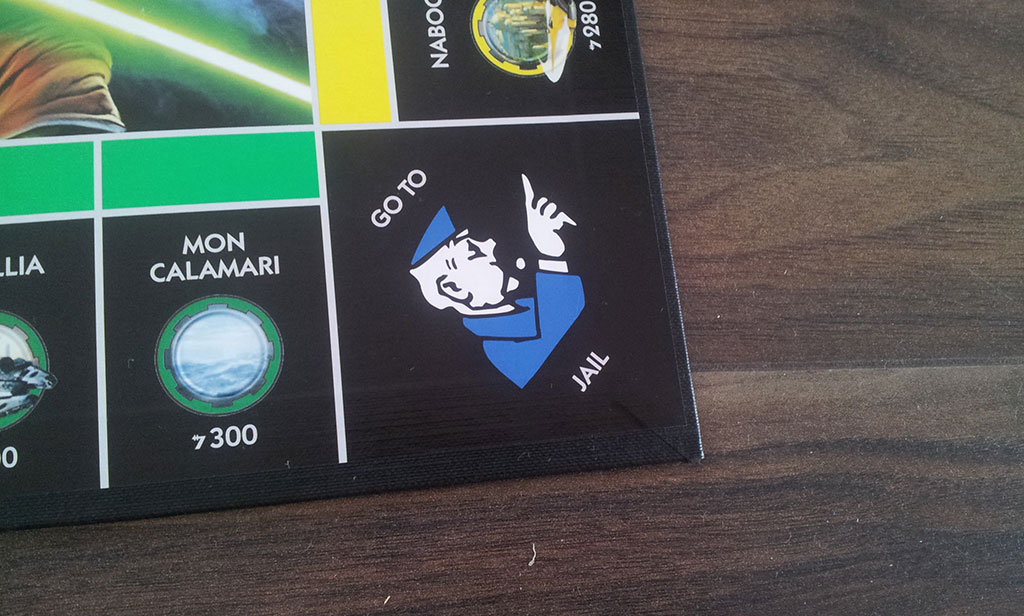 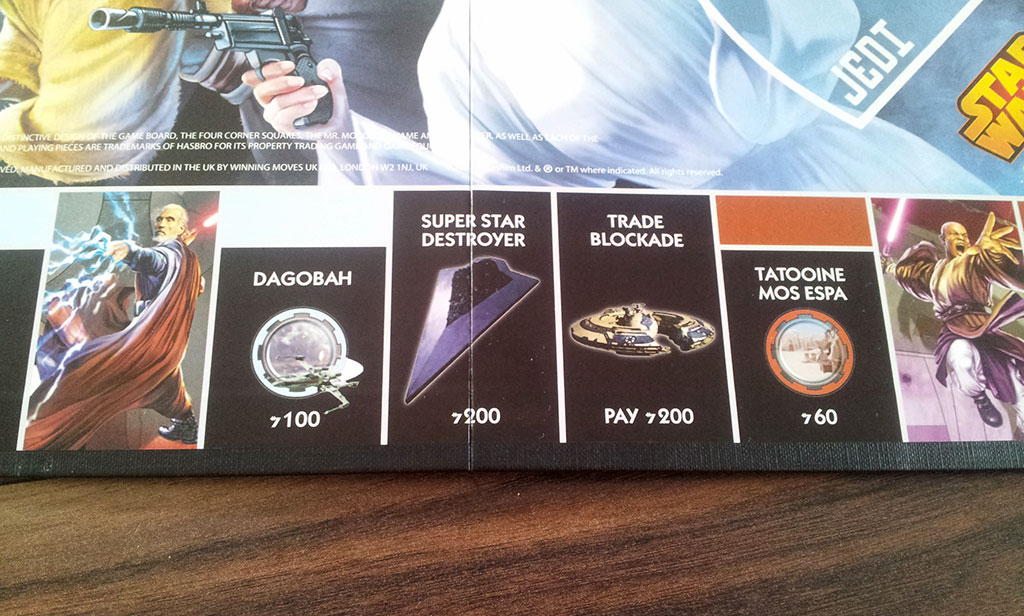 Cards fortunatelly present themselves a bit better. Instead of chance and risk cards you get jedi and sith decks which are composed of more themed events like losing bet on podrace or becoming supreme chancelor. Also buildings look quite nice and properly designed. 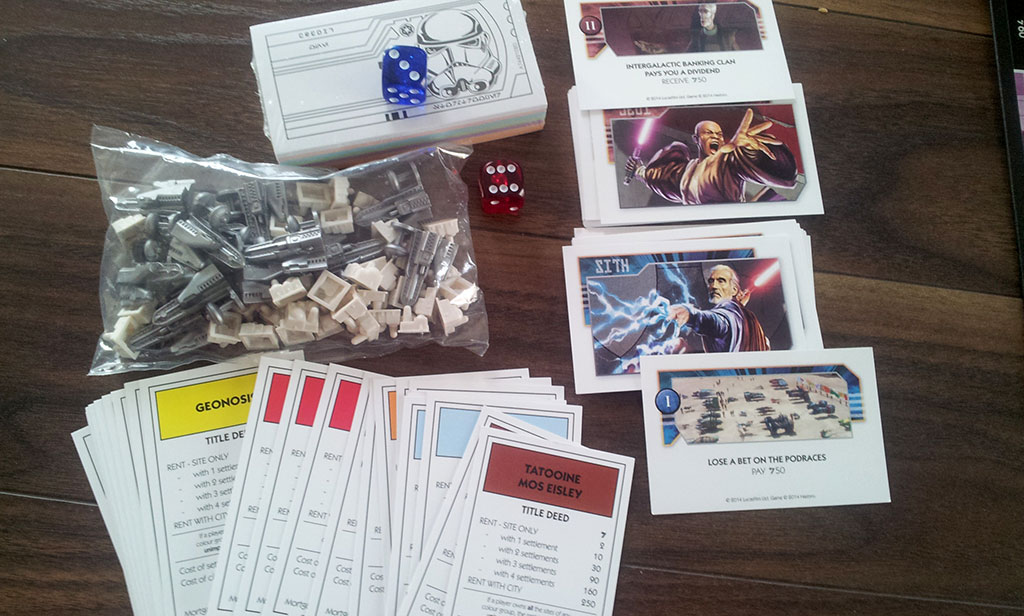 To no surprise for me the most interesting part were the miniatures. There are 8 of them, representing characters from both trilogies. They are quite nice as gaming pieces and i guess are in line with Monopoly standard but personally i dont see them to be detailed enough to get them painted. 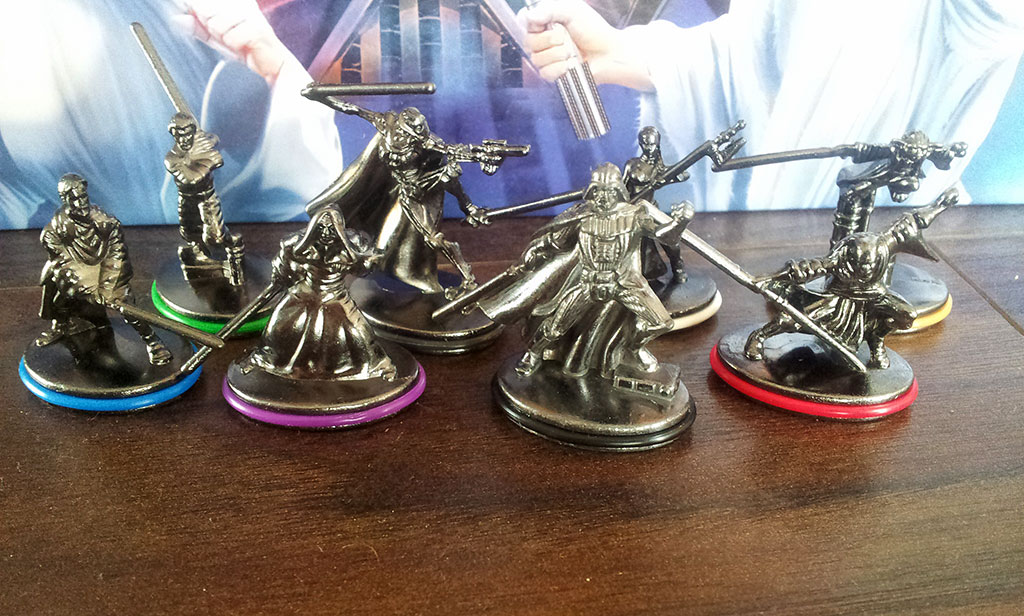 Overally its a standard Monopolly game that can be fun IF:
1. you like Monopoly
2. you play with people who like starwars but are not really star wars geeks that will have too large expectations about consistence of how this product gives justice to the theme. So i guess that means mostly kids 😉

Since im lately much more focused on board games i will probably introduce more such reviews in the future but probably about less mainstream stuff.